“Norman Bel Geddes, the designer of the U.S. Interstate system, declared in 1939, ‘Motorways must not be allowed to infringe upon the city.’ Where they do provide access to the city and other neighborhoods, highways must take on the low-speed geometries of avenues and boulevards, so as to not destroy pedestrian viability. As is evident, this rule was often forgotten throughout the United States, most obviously with the insertion of elevated interstates through city centers.”

DOT used computer modeling to calculate these travel times between destinations in Central New York under three scenarios: today (“No Build”); a taller, wider viaduct; and the Community Grid.

Look these tables over and you’ll see why DOT said there were “no substantial differences” between travel times under the three scenarios. Differences between the viaduct and Community Grid are usually just a minute or two — five minutes at most. Sometimes the Community Grid is faster. 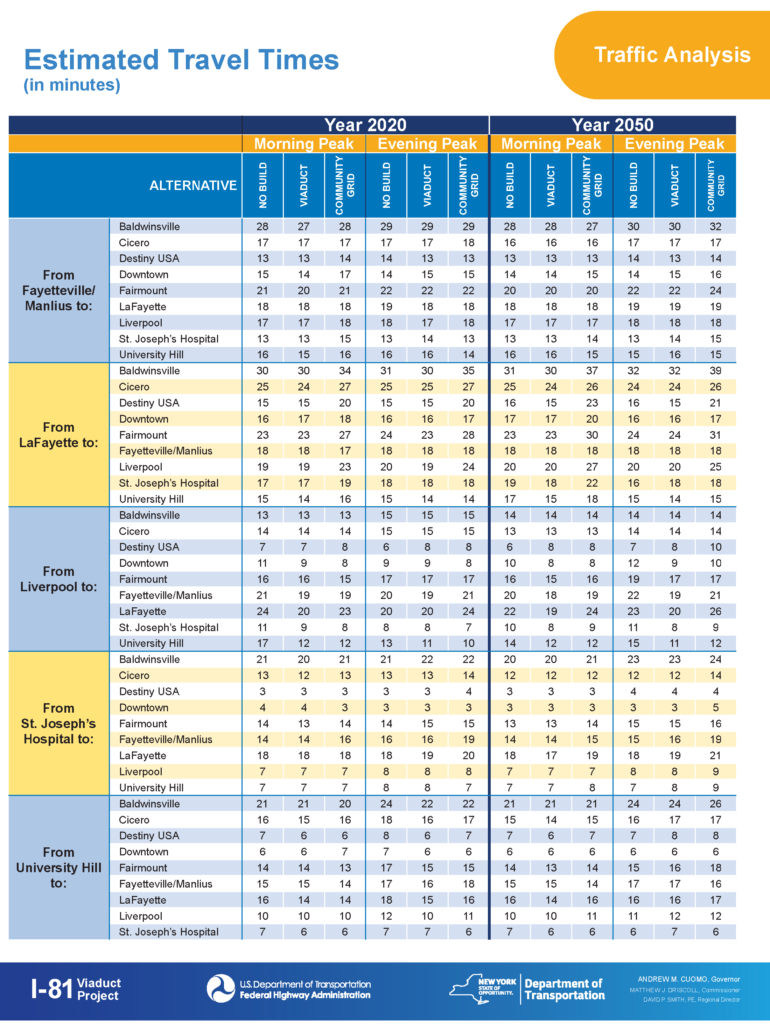 The 15th Ward was a predominantly African-American neighborhood situated between downtown Syracuse and University Hill. It was home to more than 1,300 residents.

The “Negro Motorist Green Book” was published from 1936 to 1966 by Victor Hugo Green, a New York City mailman. It provided a list of business in cities across the country where African-American travelers would be welcomed. At that time African Americans faced a variety of inconveniences and dangers along the road, from white-owned businesses refusing food or accommodations, to threats of physical violence and forcible expulsion from whites-only “sundown towns.”

The New York Public Library has now digitized most of the Green Book volumes and made them available online.

The chart below shows how the number of Green Book listing for Syracuse grew from the 1930s to the 1950s, as Green expanded the focus of his publication from the New York City area to the entire nation. The number of listings for Syracuse peaked in 1951. 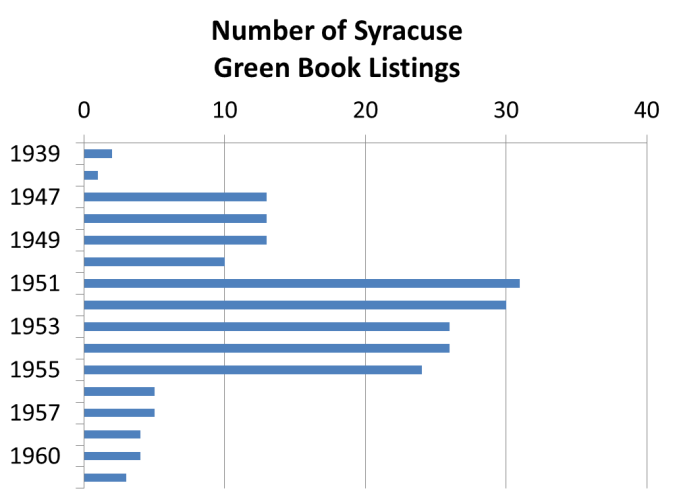 But the number of listing started to drop off after 1951, then fell off a cliff following 1955.

Why the sudden decline after 1955? In 1956 the state of New York approved a $500 million bond for a project that would raze the 15th Ward, in the name of “urban renewal,” and erect I-81. The city was beginning to acquire and demolish these sanctuaries for African-American travelers. Theses place were even more important, of course, for the African American community in Syracuse.

In the map below you can see the 31 locations listed in the 1951 edition of the Green Book. Notice how they cluster in an area of about seven by seven blocks, at the center of what was then the 15th Ward. You can also see how I-81 today now flows right through the center of that clustering.

Click Here to see an interactive version of the map with the names of each of the locations. 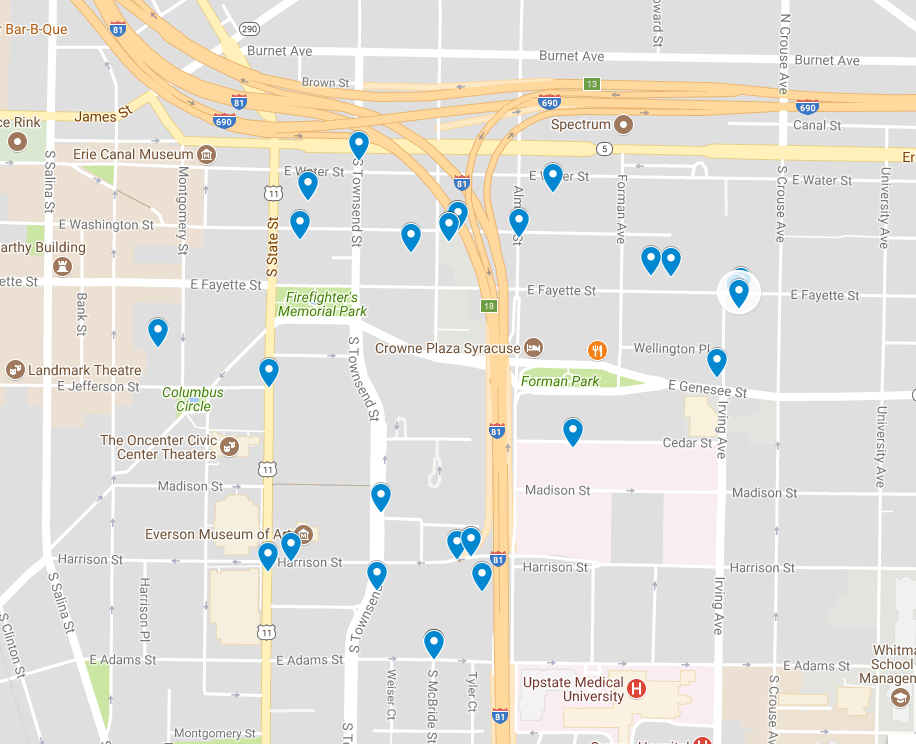 It’s hard to imagine today how dense and lively many of those streets were, especially given how barren and deadly most are today.

Below is a photo taken in front of Aunt Edith’s Luncheonette, one of the listings from the 1951 Green Book. It stood at 601 Harrison Street. 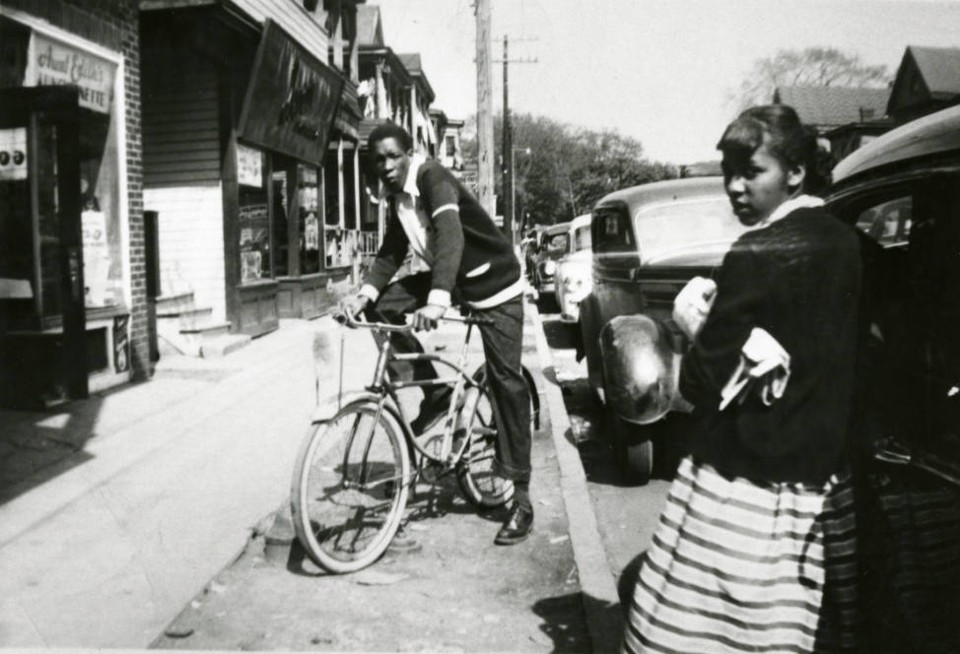 Here, below, is that same location today. 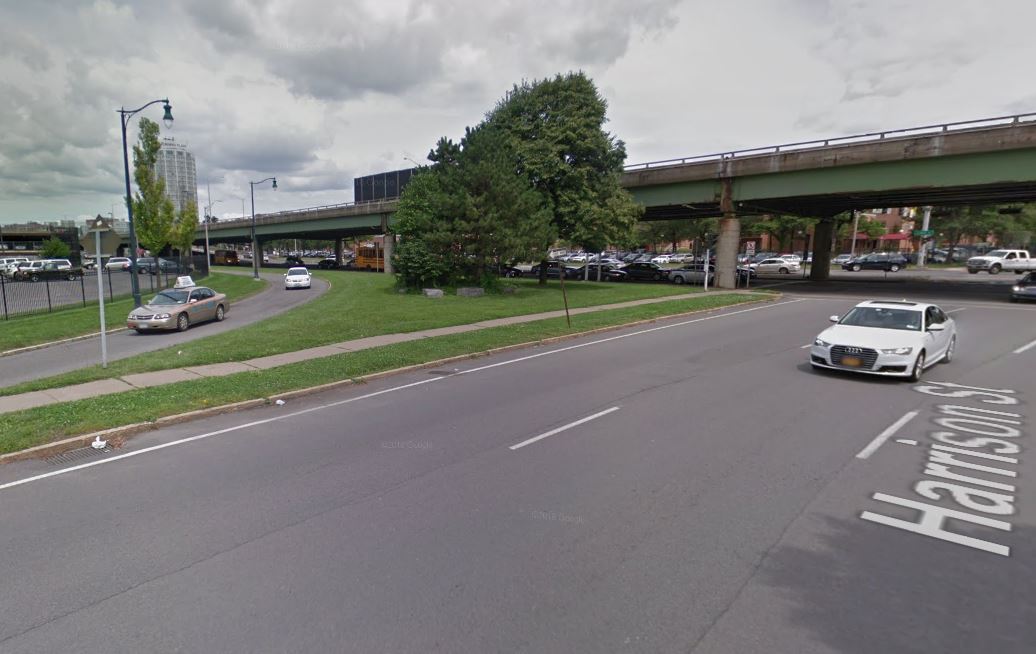 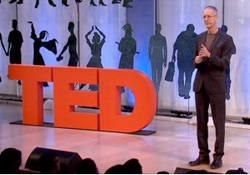 Here are some more articles about the I-81 decision and urban freeways in general: